Divorce is one of those weird topics. You can’t just get a divorce. You have to identify the reason for the divorce, or what we call the ground on which you are seeking the divorce. There are three grounds for divorce in Ontario. These are:

If you go into the courts without an issue founded on one of these grounds then you won’t be able to get a divorce. They may sound somewhat restrictive, though there is room for flexibility within the categories as you’ll see.

If you are considering a divorce then it is important to learn about these categories and consider how your experiences may be in line with one of these grounds.

What Is Meant by Cruelty As a Grounds for Divorce?

Cruelty as a grounds for divorce is predicated on one spouse treating the other in a physically, emotionally, or mentally cruel manner. This is more than simply failing to get along, this is a sustained behavior over a period of time. In other words, it’s not enough to simply fail to be as happy as you thought you would be and it’s not enough for your partner to be mean on rare occasions when they are angry.

Cruelty occurs over a period of time. Say your spouse constantly calls you insulting names, lies to you, tricks you, and treats you like a nuisance rather than a person. This would fall under cruelty and it can be used to demonstrate a continuing behavior rather than just an individual instance.

It is typically easier to use cruelty as grounds for divorce when it is physical if there is a police record or a medical visit associated with it. Abuse tends to be more than a one-off behavior, but should you seek official support following an attack a single time may just be enough to use as a grounds for divorce. If it isn’t, then the abused party could start planning toward a divorce through separation. More on that in a moment.

What Is Meant by Adultery As a Grounds for Divorce?

Adultery is a ground that one spouse can use when the other has had an affair. Adultery is not a ground upon which the person having the affair can seek a divorce. However, the party who is being deceived may seek a divorce this way.

It must be noted, however, that it is not enough to simply have a suspicion that your partner is having an affair. You must have enough evidence to be able to prove that adultery is occuring. This doesn’t necessarily have to be smoking gun evidence, though that is the most useful. Enough evidence that points towards adultery can allow a judge to infer that adultery was happening, even if there is no direct evidence of the adultery.

For example, a pattern of arriving late from work on certain days that correspond with racy text messages may be enough to prove adultery in the eyes of some judges. The fact that there is a pattern of behavior, not just a single instance, is often a deciding factor in proving both adultery and cruelty when it comes to getting a divorce in Ontario.

Both of these approaches suffer from being very specific. What happens when a couple’s love fades over time but they were never cruel to each other or cheated on one another? Thankfully the system allows for this couple to seek a divorce as well. They would have to do it through separation as a grounds for divorce, however. So let’s explore that now.

What Is Meant by Separation As a Grounds for Divorce?

Separation is the most common ground for divorce because it is also the most flexible. Yet many people don’t think it applies to them because they were never separated from their partners. But that isn’t how separation works. Though, yes, if you are physically separated from your partner then it would fall under this category as well.

But two people can live together and be separate. If you’re not sharing your meals and attending social events together, or if you’re sleeping in different bedrooms and just never spending much time together, then this could all fall under the category of separation.

When two people grow distant from each other, the relationship will start to separate on its own. Even if you are in the same house together, you will find that you’re each caught up in your own worlds and spare little thought for one another. In this way, a couple can start to separate long before they realize that the marriage should be dissolved.

Separation can be a lot easier to prove than cruelty or adultery. It also has the added benefit of not being as specific as either of those. Yet it is important to note that just because you have grounds for a divorce does not mean that you are guaranteed to get one. It is not uncommon for a divorce to be denied due to poor child support arrangements and issues that would affect the couple’s children.

Should I Speak to An Attorney About Divorce?

If you are considering getting a divorce then an attorney should be one of the first people you call. They’ll be able to help you determine if you have grounds for a divorce and what options are available based on the specifics of your marriage.

But one of the things we haven’t touched on at all above is how messy divorces can be. Long drawn-out fighting between the two spouses is common and it can be a nightmare. Minimizing contact between yourself and your ex through an attorney can help you make the experience less of a headache overall, plus an attorney can serve as a good mediator between the two of you.

Since divorces are so messy, it is easy to lose your cool or get emotionally flustered. But your attorney is a neutral party that can act on your behalf. They won’t get emotionally invested and so they won’t act in a brash manner. Hiring an attorney can be the best way to ensure somebody is looking out for you as you move forward with your divorce.

How To Dissolve a Corporation in Ontario 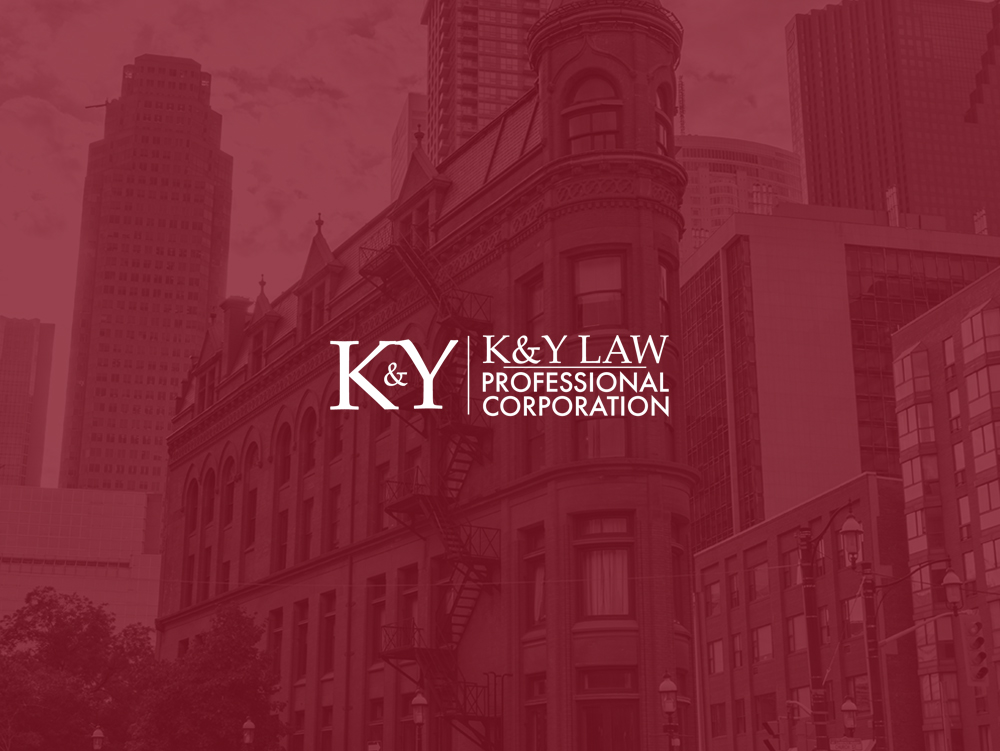 Why Register a Trademark?

What Constitutes a Contract Agreement?